Windi (Yuki Kato), the youngest and favorite daughter of Admiral Kardi (Bucek) holds her breath the longest underwater, compared to her three older sisters, Vera (Dahlia Poland), Lira (Kimberly Ryder) and Tara (Sylvia Fully R). The four girls are raised in military terms by Kardi on his own. Ten years have passed but Kardi’s way to treat his daughters remains the same. In campus Windi meets again her childhood love, Rendi (Adipati Dolken), who asks her to go out on a date. Windi asks for her father’s approval. When Rendi picks her up, Tara, Lira and Vera are ready to come with Windi, along with Kardi too. Even then love is still in bloom in Rendi and Windi’s heart, forcing Kardi to te ...

Four Weddings and a Funeral

Over the course of five social occasions, a committed bachelor must consider the notion that he may have discovered love.

Altruistic Jane finds herself facing her worst nightmare as her younger sister announces her engagement to the man Jane secretly adores.

Newly engaged, Ben and Sadie can't wait to start their life together and live happily ever after. However Sadie's family church's Reverend Frank won't bless their union until they pass his patented, "foolproof" marriage prep course consisting of outrageous classes, outlandish homework assignments and some outright invasion of privacy.

The story takes place in northern Italy in the 1950's. Lola and Masetto are about to get married. Masetto wants to keep Lola as a virgin until they are married. But Lola is impatient to remain in chastity until the wedding night. She wants to be sure that Masetto is a good lover, before she commits herself into marriage. She does everything to trick Masetto into breaking the moral tradition.

A bride's wedding night takes a sinister turn when her eccentric new in-laws force her to take part in a terrifying game.

Four Sisters and a Wedding

The children of the Salazar family have been pursuing separate lives in the recent years. After a few years of not being together as a whole family, they find themselves reuniting when CJ announces his plan to marry Princess, his girlfriend for three months. Much to their shock and dismay, CJ's sisters come together for the wedding and have agreed to dissuade him from marrying his fiancée.

San Francisco's premiere wedding planner, Mary Fiore is rescued from an accident by the man of her dreams, paediatrician Steve Edison, only to find he is the fiancé of her latest client. As Mary continues making the wedding arrangements, she and Steve are put into a string of uncomfortable situations that force them to face their mutual attraction.

Son of the Bride

At age 42, Rafael Belvedere is having a crisis. He lives in the shadow of his father, he feels guilty about rarely visiting his aging mother, his ex-wife says he doesn't spend enough time with their daughter and he has yet to make a commitment to his girlfriend. At his lowest point, a minor heart attack reunites him with Juan Carlos, a childhood friend, who helps Rafael to reconstruct his past.

Irresponsible party girl, Maggie is kicked out of her father's and stepmother's home—where she lives for free—and is taken in by her hard-working sister, Philadelphia lawyer, Rose. After Maggie's disruptive ways ruin her sister's love life, Rose turns her out as well. But when their grandmother, who they never knew existed, comes into their lives, the sisters face some complicated truths about themselves and their family.

The Prince & Me 2: The Royal Wedding

With just weeks before their royal wedding, Paige and Edvard find their relationship and the Danish monarchy in jeopardy when an old law is brought to light, stating that an unmarried heir to the throne may marry only a woman of noble blood or else he must relinquish his crown.

Cursed since childhood, dentist Charlie Logan cannot find the right woman. Even worse, he learns that each of his ex-girlfriends finds true love with the man she meets after her relationship with him ends. Hearing of Charlie's reputation as a good-luck charm, women from all over line up for a quick tryst. But when Charlie meets the woman of his dreams, he must find a way to break the curse or risk losing her to the next man she meets.

An assassin is shot by her ruthless employer, Bill, and other members of their assassination circle – but she lives to plot her vengeance.

Set in a 19th-century european village, this stop-motion animation feature follows the story of Victor, a young man whisked away to the underworld and wed to a mysterious corpse bride, while his real bride Victoria waits bereft in the land of the living.

Two best friends become rivals when their respective weddings are accidentally booked for the same day.

Mother and daughter bicker over everything -- what Anna wears, whom she likes and what she wants to do when she's older. In turn, Anna detests Tess's fiancé. When a magical fortune cookie switches their personalities, they each get a peek at how the other person feels, thinks and lives.

Joseph and Maria are married for six months and Maria still has never had an orgasm with her husband. They begin to visit mysterious doctor Baltazar who teaches them how to reach ecstasy in sex.

To the amusement of their adult children and friends, long divorced couple Don and Ellie Griffin are once again forced to play the happy couple for the sake of their adopted son's wedding after his ultra conservative biological mother unexpectedly decides to fly halfway across the world to attend. With all of the wedding guests looking on, the Griffins are hilariously forced to confront their past, present and future - and hopefully avoid killing each other in the process.

Three friends are asked to be bridesmaids at a wedding of a woman they used to ridicule back in high school.

A young country girl comes to town and works in a brothel in order to help her fiance get the money to start his own business. "Paprika" is the name given to her by the madam.

A harried workaholic, Michael Newman doesn't have time for his wife and children, not if he's to impress his ungrateful boss and earn a well-deserved promotion. So when he meets Morty, a loopy sales clerk, he gets the answer to his prayers: a magical remote that allows him to bypass life's little distractions with increasingly hysterical results. 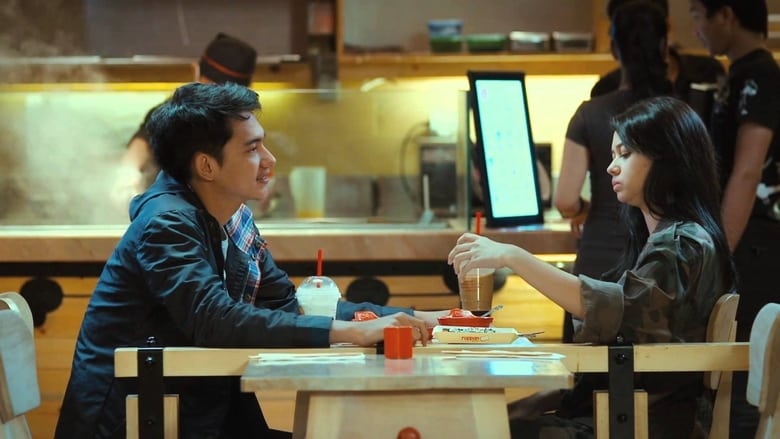